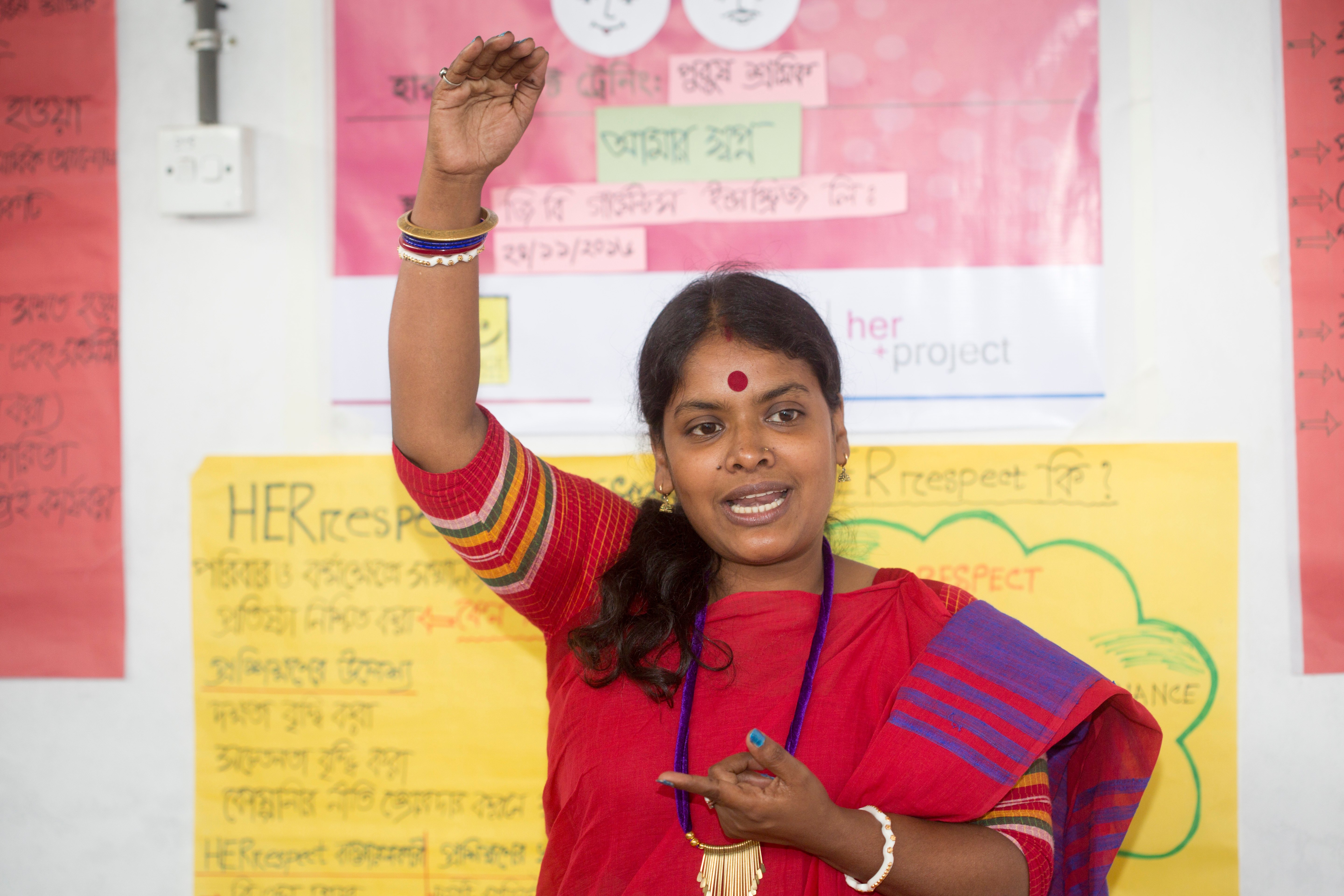 Back in July, we shared news of our partnership with a non-profit organisation called Business for Social Responsibility (BSR) which operates HERproject in factories around the world. The HERproject initiative provides financial literacy and health awareness to empower women in the Bangladesh factories we work with in Dhaka and Tangail.

We’re incredibly proud to be partnering with the programme and are even more proud to be the first organisation in New Zealand, and one of only two organisations in the Pacific region, to be supporting the workers who make our products through this initiative.

Over the last few months, the peer education courses have begun in two of the factories we work with in Bangladesh. To shine a light on the work we’re doing to support our workers, we wanted to share an update on who the programme is impacting, what courses are underway and how this education will be affecting the communities these factories operate in. At both the Impress-Newtex Composite in Tangail, and the Manami Fashions factory in Dhaka, women make up roughly 50% of the worker population. With 53% of the factory’s female workers between the ages of 18-24 at Impress-Newtex, and 55% at Manami Fashions, education on key health topics is vital for these women as they begin raising families themselves.

Since March of this year, regular courses have been held with the aim of raising awareness on nutrition, hygiene, maternal and child health, family planning, and reproductive health.

In June, a course on personal hygiene and waterborne diseases was conducted in both factories, which taught attendees the importance of preventing germs from spreading and practicing methods of washing hands. Attendees also learned about the five basic water borne diseases and learned the proper method of making saline water(to help treat gastrointestinal issues) with the help of sugar, salt and water.

Feedback from attendees on the sessions has been positive, with some sharing that the trainings have helped them to realise the importance of taking care of their health and those around them. Some attendees also shared that prior to the courses, they weren’t aware of the process to purify water, or its importance, but now are armed with the knowledge of the benefits of purification.

“It can be hard for those of us in a country like New Zealand to understand what life and education is like in countries like Bangladesh, but the reality is that many in the developing world face the issue of a lack of education in these areas,” says Trevor Johnston, Head of Ethical Sourcing at The Warehouse Group. “We’re doing our part by supporting these factory workers – the women in particular – to gain an understanding of how they can lead healthier lives. I look forward to expanding the programme into even more of the factories with which we operate over the next few months.”

It’s not just information on the basics like proper handwashing technique and detailed sessions on menstruation that are happening through the programme – there are also crucial trainings on other potentially life-saving tactics, like breast exams and cancer symptoms.

In a baseline survey conducted by HERproject with a portion of the female workers at the Impress-Newtex site, 69% of respondents reported that they didn’t know how to self-conduct a breast exam. Additionally, the survey also uncovered low awareness of cervical and breast cancer symptoms. These survey findings will help to inform future courses taking place at the factories, and further illustrate the importance of giving women in developing countries access to programmes like HERproject.

Learn more about the work HERproject does to empower women in global supply chains around the world.